How to produce polyethylene (PE)? Best way in 2021

Polyethylene (PE) is a light, flexible synthetic resin derived from ethylene polymerization. It is the world’s most frequently used plastic, found in everything from clear food wrap and shopping bags to detergent bottles and automotive fuel tanks. It can also be sliced or spun into synthetic fibers or made to have rubber-like elasticity.

Ethylene (C2H4) is a gaseous hydrocarbon that is frequently created by splitting ethane, which is a major component of natural gas and can also be distilled from petroleum. Ethylene molecules are made up of two methylene units (CH2) joined together by a double bond between the carbon atoms, resulting in the structure CH2=CH2. The double bond can be broken under the influence of polymerization catalysts, and the resulting additional single bond can be used to bind to a carbon atom in another ethylene molecule. Ethylene has the following chemical structure when it is formed into the repeating unit of a big, polymeric (multiple-unit) molecule:

In the presence of oxide initiators, LDPE is made from gaseous ethylene at very high pressures (up to about 350mp, or 50,000 pounds per square inch) and high temperatures (up to about 350 °C [660 °F]). These procedures produce a polymer with both long and short branches.

LDPE is a very flexible polymer because the branches prevent the polyethylene molecules from clustering tightly together in rigid, stiff, crystalline formations. It has a melting point of around 110 °C (230 °F).

Packaging film, garbage and grocery bags, agricultural mulch, wire, and cable insulation, squeeze bottles, toys, and housewares are some of the most common applications.

LLDPE has a similar structure to LDPE. It’s manufactured by employing Ziegler-Natta or metallocene catalysts to copolymerize ethylene with 1-butene and minor amounts of 1-hexene and 1-octene. The resulting structure has a linear backbone but short, uniform branches that, like LDPE’s longer branches, hinder the polymer chains from packing tightly together. LLDPE shares many of the same qualities as LDPE and competes in the same markets. The key advantages of LLDPE are that the polymerization conditions are less energy-intensive and that the properties of the polymer may be changed by changing the kind and amount of chemical components.

HDPE is made utilizing Ziegler-Natta and metallocene catalysts, as well as activated chromium oxide, at low temperatures and pressures (known as a Phillips catalyst). Because it lacks branching, the polymer chains can pack tightly together, resulting in a dense, highly crystalline material with high strength and mild stiffness. With a melting point of more than 20 degrees Celsius (36 degrees Fahrenheit) higher than LDPE, it can tolerate repeated sterilization at 120 degrees Celsius (250 degrees Fahrenheit). Blow-molded milk and household cleaner bottles, as well as blow-extruded supermarket bags, construction film, and agricultural mulch, and injection-molded pails, caps, appliance housings, and toys, are among the company’s offerings.

Ultrahigh-molecular-weight forms of linear polyethylene can be made, with molecular weights ranging from 3,000,000 to 6,000,000 atomic units, compared to 500,000 atomic units for HDPE. These polymers may be spun into fibers and then pulled or stretched into a highly crystalline form, giving them exceptional stiffness and tensile strength that rivals steel. Bulletproof vests are created using yarn made from these fibers. 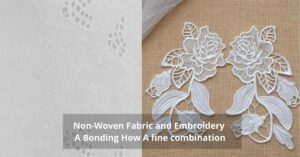 Non-Woven Fabric and Embroidery – A Bonding How A fine combination

Non-woven fabric has a very vital role in our daily life. You can find non-woven 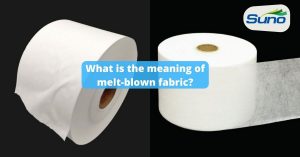 What is the meaning of melt-blown fabric?

How to recycle non-woven fabric? in 2021

Melt Blown Polypropylene such as best 2021

Melt Blown Polypropylene? Description You are interested in textile, and you do not know much